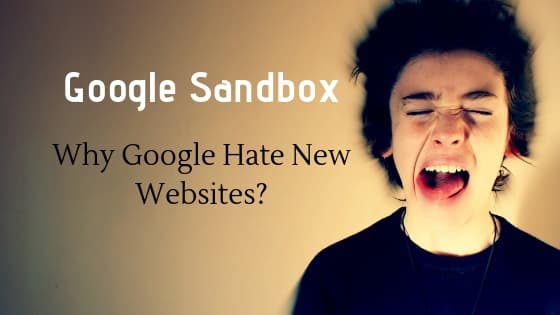 Did you start a blog recently? and facing the issue of google indexing?  I mean your blog is not getting ranked in the search engine results. Maybe that’s the Sandbox effect.
Do you know What is Google Sandbox?

What is Google Sandbox? 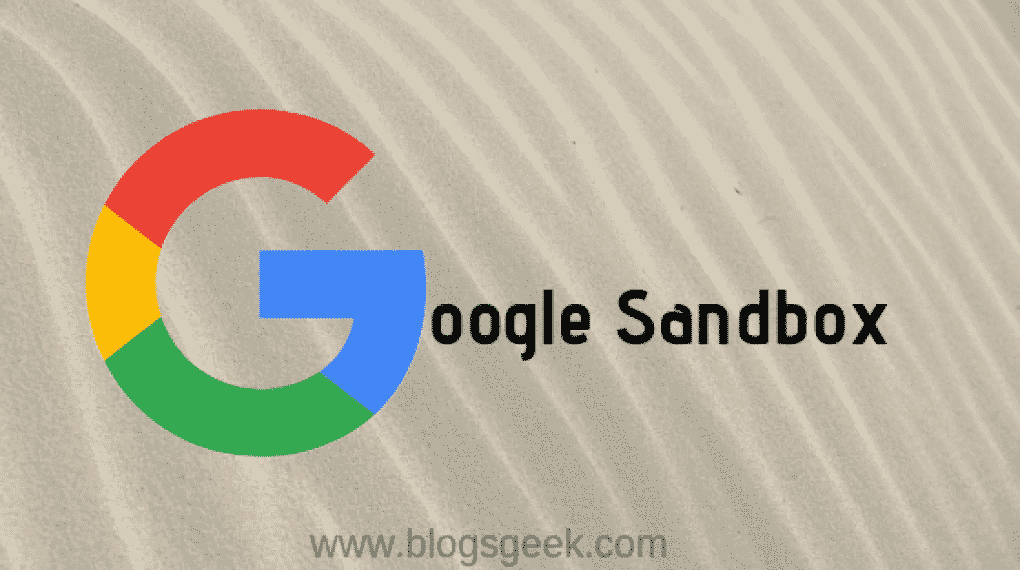 Google Sandbox is a belief that It’s a filter of Google for new websites that prevent the new websites from getting ranked in the search engine top results. It is assumed that Google doesn’t want to rank new websites with low authority in top results.

You can relate it to an intern who’s working in a company as a trial. If he/she performs well, they get the job/promotion otherwise they’ll be kicked out.

In this scenario, the company is Google and the intern is your new website.

Now, you must have the idea about Google Sandbox.

You’ll say ‘I did everything right ‘, But still you’ll not get ranked until your site is out of the Sandbox effect.

Doesn’t matter, how many incoming links, social signals you have. Your site will still struggle to get ranked for all the important keyword and phrases in the search engine results.

I would also like to tell you that, Google never confirmed the existence of the Google Sandbox. It’s not something new, they never reveal their internal ranking factors & signals.

Even, I’m also facing issues in ranking few of my new micro-niche websites. I also believe that they don’t like new websites getting ranked higher in search results.

Let’s learn more about the Google Sandbox and how it all started.

What Is Google Sandbox Effect?

The Google Sandbox effect will make it tough for webmasters who’re struggling hard to optimize their website for better Google rankings.

Google Sandbox: How It All Started?

In March 2004, The theory of Google Sandbox came in light, when some of the SEO experts started facing issues in ranking their new websites in Google search results. Despite putting all the efforts, good incoming links, high Page Rank, their new websites were not making up to the mark in Google Rankings for the first few months.

This was seen on Google, because on other search engines like Bing & Yahoo. The websites were getting ranked.

It was the time When Google Sandbox effect started affecting newly launched websites.

But in google results, they were not ranking even for low competition keywords. They were getting indexed but not ranked.

The SEO experts experienced this effect from initial weeks to few months. Since then, It was believed that Google wants only high authoritative and genuine websites to be on the top of the search results.

This was later known as the Sandbox Effect.

Why Google Sandbox Was Introduced?

The only reason or idea behind the Google Sandbox was to serve genuine, good & non-biased content to their users. It was believed that before this new website with low authority and less content were getting ranked higher. They managed to get ranked by getting more & powerful incoming links to their websites.

Google noticed webmasters are spamming their websites with links and are getting ranked. By ranking for the profitable keywords, they are making out sales before that Google bans them. They do this on a loop.

Google always works for improving the user experience, they want to serve the right & better content. Google has many ranking factors through which it ranks websites and Google Sandbox was an add-on filter.

Which Websites Face The Sandbox Effect?

Every website which is new can face Sandbox effect. But the websites that are trying to get ranked for high competition keywords with a sudden boost in incoming links & signals can be trapped in Sandbox for a longer time.

Google hates spam, They keep an eye on all websites. If they found suspicious websites, they can face the issue of Google Sandbox.

Keep in mind, Google never accepted the sandbox effect in their algorithms.

I would recommend you to be genuine, don’t try anything that Google hates.

Sandbox is a filter just to avoid spammy websites to be ranked in Google search results, Anything that is considered a Spam by Google will drag your websites into the Google Sandbox trap.

If you’re into any of the following actions:

For How Long The Sandbox Effect Lasts?

The Sandbox effect can last from one month up to 6 months, while 3-4 months is the average time a. It depends upon the keywords too, for less competitive keywords, you can be out of the Sandbox within weeks.

While for the keywords that are more competitive & profitable, your site can even last up to 6 months in the Google Sandbox. Even this can also be a scenario that you’ll never face the issue of the sandbox.

It is extremely difficult to avoid having a brand new website being placed in the sandbox. But, Not Impossible.

How To Know If Your Website Is Into Sandbox?

It’s simple to trace the evidence of Sandbox on your newly launched website. Let’s assume, you have a high PR blog with good quality of incoming links to your blog along with social signals.

Search for the secondary queries related to your main search phrase, If you don’t find your web in the Google search results. It’s because you’re in Google Sandbox.

Beating The Google Sandbox Effect: How To Be Out Of Sandbox?

By now, You know all about Google sandbox. So what if you’re into the sandbox?

Obviously, You want to figure out How I Can Kick My Site Out Of Sandbox?

Don’t try to be over smart, Google knows it all. start with low competition keywords with low searches for an initial couple of months. It means you have not to work for the tougher and more competitive keywords.

This is all about basic SEO, Start slowly. Research such keywords with Semrush Keyword Research tool and create a valuable content based out on those keywords.

In the beginning, Update your website frequently with fresh content with proper formatting. This will help Google to know that the site is being updated regularly. So, web crawlers will crawl your site more frequently.

This way, more and more web pages of your website will get indexed in Google. Slowly and slowly, your pages will rank too.

It also includes your On-Page SEO optimizations. Try to optimize your pages as better as you can.

It’s like a recommendation. Social signals will help you get recommended by social media websites to the Search Engine.

Nowadays, Google looks after the User behavior on the particular websites. This helps them understand the website quality in a better way. If the user is engaged in your content. Google will also value you.

Start sharing your website with your social media audience and also ask them for feedback.

Comments also have a vital role when it comes to SEO, It helps search engine to understand the user experience on the particular website. It’ll be a social proof that users are getting engaged with your content.

Always try to make things better for the user.

I’ve seen people, working on getting more and more links in the starting. I bet you are doing the worst mistake of blogging when it comes in terms of SEO.

Look, Google uses incoming links as a factor to judge your website. Incoming links also pass link juice to your web page, which will help you to build authority in eyes of search engine.

It’ll be suspicious to see thousands of incoming links to a website which is hardly a month old. Here, You’ll face serious problems.

People are using PBN’s, GSA links & other black hat SEO stuffs just to get ranked higher. Never ever do such mistakes.

Build links but they must be natural & relevant. I’ve been to some SEO events, there we discussed link relevancy.

Link Relevancy, It’s all about getting relevant backlinks to your website.

It means a link from a website which is related to your niche or sub-niche. For example, If you own a tech blog and you have incoming links from similar tech blogs. Then those links are relevant to your website.

There’s nothing to worry about Sandbox If you’re putting efforts in the right way and also working with White Hat SEO, Then You’ll be out of sandbox anytime soon.

Google never accepted that they have a sandbox filter in their ranking measure, But still it is believed. SEO experts from worldwide believe in the existence of Google Sandbox. I too have faced such problems in my new micro niche websites.

If you’ve started out recently and faced such problems. Do let me know in the comments below. 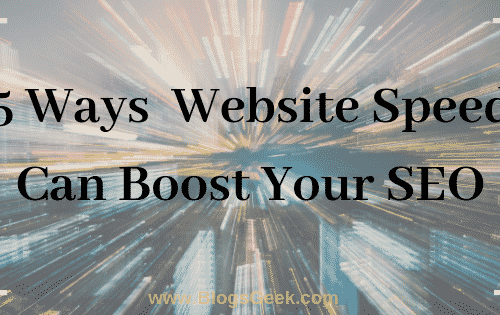 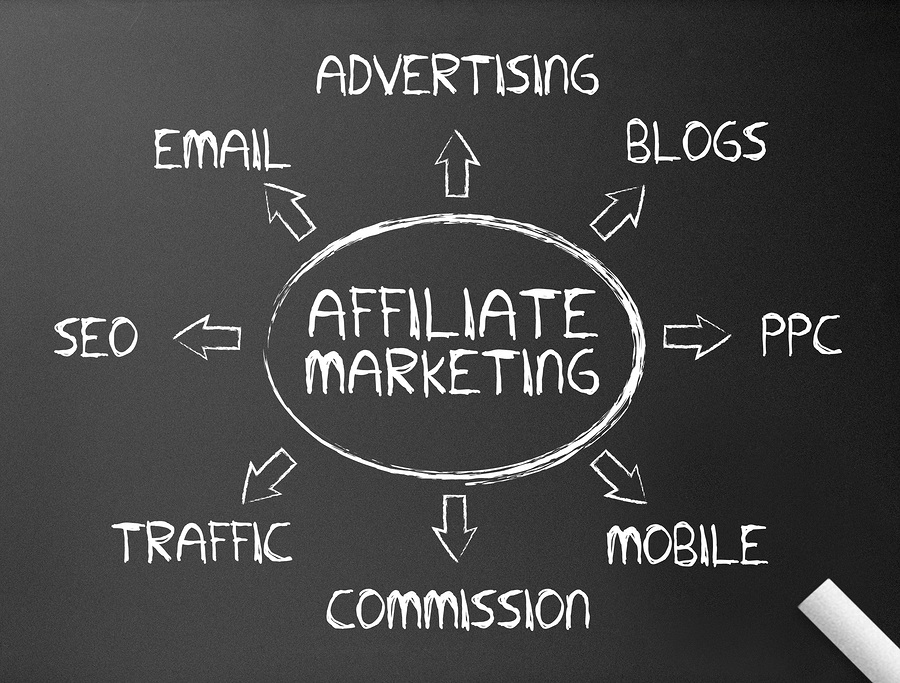 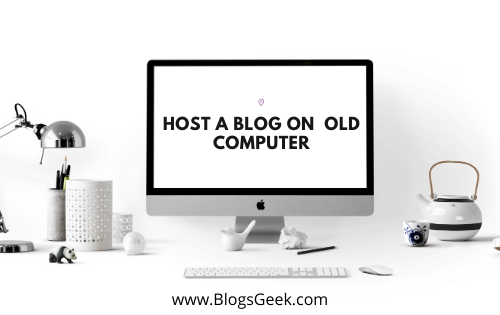 How to Host a Blog On Your Old Computer?